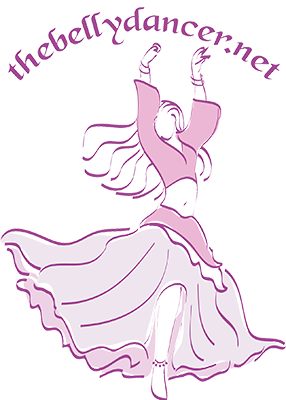 Nobody knows quite where the belly dance phenomenon began but it can be linked to the Middle East, the Mediterranean and Africa. It has been referred to as “exotic asian dancing” among other things – culture by culture. Regardless – it has been held in higher esteem than most dances due to its exotic reference.

History has shown evidence that the earliest traces of belly dancing to have been shown in the Egyptian times through wall paintings.

Belly dancing has also shown up in Persian art from the 12th and 13th century.

The sensuality of the dance did not create whimsy and intrigue until the 18th and 19th century in the Ottoman Empire. However - for women of Saudi descent the dance was of a more personal nature done out of the sight of men.

The beauty of belly dancing celebrates the sensual traits of a woman. It is uniquely designed to flatter the females putting an emphasis on abdominal muscle movement, hip and chest moves. It is firm and earthly normally done in bare feet for the solid ground – “one with earth” mode. The dance itself consists of smooth and flowing movements combined with shaking and shimmying movements.

There are many westernized myths about the art of belly dancing. So to dispel some of these silly myths we have included the facts and myths below:

MYTH: Belly dancers must wear a jewel in the belly as part of their costume or else the dance cannot be done.

FACT: This is a Hollywood ideal – there is no requirement of a jewel to be placed in the navel of a belly dancer. It is more for aesthetics.

MYTH: The name "belly dance" comes from mispronouncing "baladi dance", which is the dance of the Egyptian people.

FACT: The name “belly dance” was coined by the American event promoter Sol Bloom, when he was trying to stir up public interest in seeing the Streets Of Cairo exhibit at the Chicago world’s fair in 1893. Bloom may have heard French people refer to le danse du ventre (which translates to “the dance of the stomach”), which was the name French colonialists applied to a specific abdominal control dance of the Ouled Nail. Then again, he might not have been familiar with that term, either. In his autobiography, Bloom claims responsibility for coining the term.

In any event, the dance of the Ouled Nail that the French called le danse du ventre was a different sort of dance from what we think of today as “belly dancing”. Sol Bloom is very unlikely to have known or cared what the dance was called in its native home–he just wanted to attract a large number of curiosity-seekers to his exhibit to ogle the exotic dancers, and the word “belly” certainly provoked attention in an era when most high-society women were laced up tightly in their corsets. Many modern-day dancers have observed the phonetic similarity between the words “baladi” and “belly”, but this is only an interesting coincidence–there is no cause-and-effect relationship